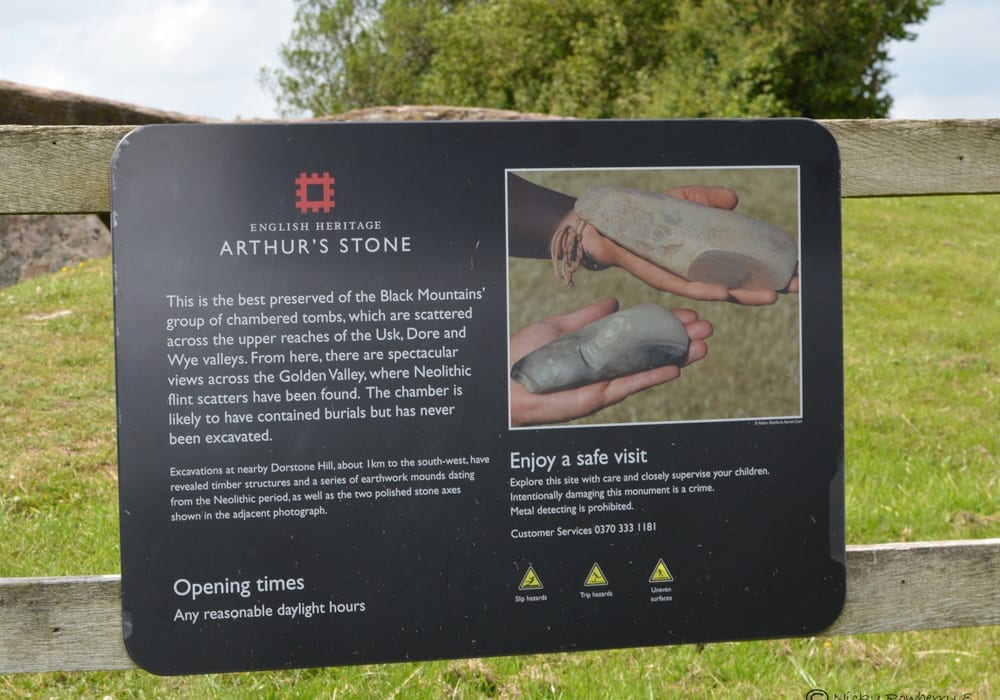 Arthur’s Stone is an atmospheric Neolithic burial chamber made of great stone slabs, set in the hills above Herefordshire’s Golden Valley.

The chamber is formed of nine upright stones, with an enormous capstone, estimated to weigh more than 25 tonnes. It was accessed through the side of the covering mound, via the right-angled passage. There is an isolated stone that probably formed part of a false entrance, perhaps providing a visual focus for ceremonies.

The tomb has never been excavated, but similar examples in this region have been found to contain incomplete skeletal remains of several people, together with flint flakes, arrowheads and pottery.

It is unlikely that the monument was built solely as a tomb. Rituals of the ancestors, through whom claims to a particular area of land could be staked, may have taken place here. Built in an area of summer pastures, Neolithic people could have gathered at the cairn on a seasonal basis.

Like many prehistoric monuments in western England and Wales, this tomb has been linked to King Arthur since before the 13th century. According to legend, it was here that Arthur slew a giant who left the impression of his elbows on one of the stones as he fell.

Visit Golden Valley as it winds its way sheltered between the Black Mountains and the banks of the River Dore. With Hay-on-Wye a close neighbour to the village of Dorstone, the valley winds down through Peterchurch, Vowchurch and Abbey Dore to Ewyas Harold at the south of the Golden Valley.

These time-forgotten villages are set in some of the most untouched Herefordshire countryside you could ever hope to see. 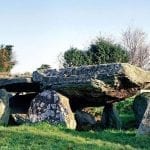 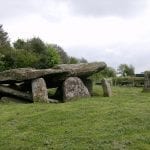 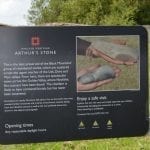