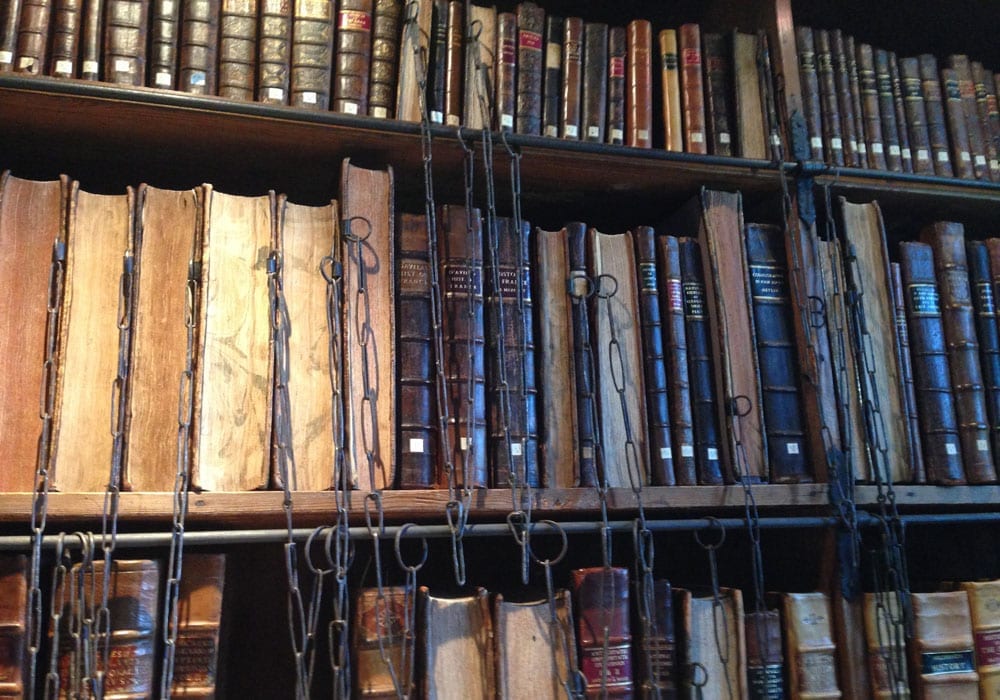 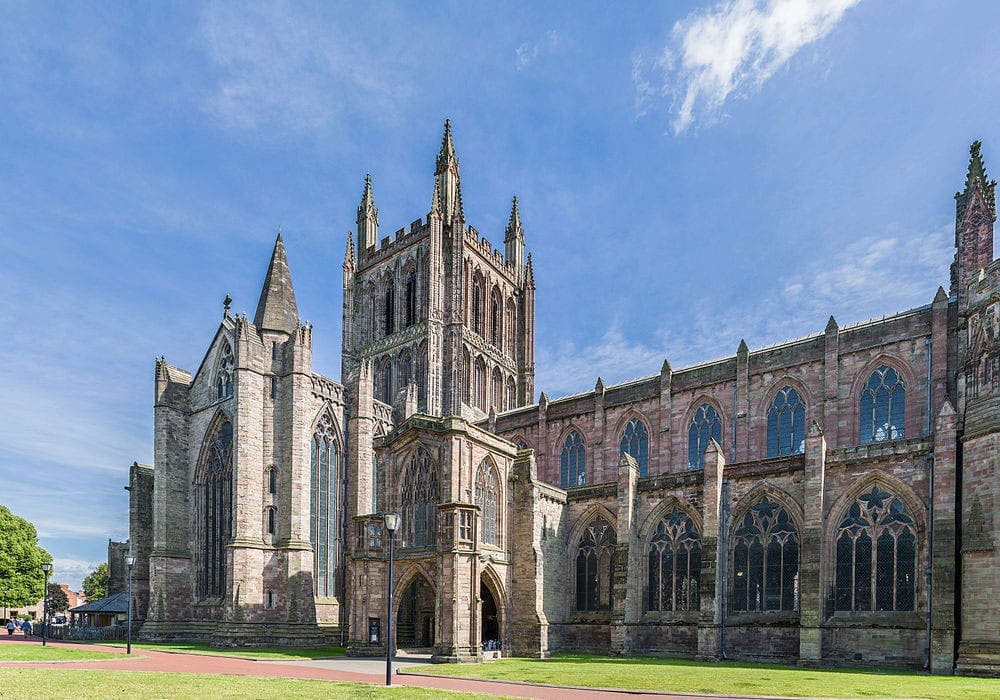 Hereford Cathedral Chained Library is the largest surviving chained library in the world. In the early 17th century, when the bookcases you see today were made, libraries similar to it could be found in universities and cathedrals, but this is the only one still to be chained. It contains about 1,500 books, dating from around the year 800 to the early 19th century, including 227 medieval manuscript books. The books are still examined and read today by scholars who come from all over the world to study them.

The Cathedral Library and Archives contain thousands of historic books, music, documents and images, from which a regularly changing selection is displayed within the Hereford Mappa Mundi and Chained Library Exhibition.

The Chained Library dates from the early 17th century, but Hereford Cathedral has had an important library since at least the 12th century, when it was renowned as centre of learning. Today the Chained Library still includes over 80 books dating from the twelfth century and about half of these bear evidence of having been at Hereford since they were made. Some appear to have been made locally, although the Cathedral, being a secular foundation, did not have a community of monks associated with it, and so is unlikely to have had a scriptorium. Today very few books of this age are still to be found in the places for which they were originally made.

The medieval books include books of the Bible in which the biblical text is surrounded by a commentary or ‘gloss’ in smaller script, many works by early Christian writers, works of both canon (Church) and civil law, and works of contemporary theology. All but one (the Wycliffite Bible) are in Latin and almost all have coloured decoration, which varies from simple initials in plain red, blue and green, to fine miniature paintings and lavish illumination with gilded highlights.

Visit Herefordshire and explore a county of rolling, green countryside interrupted by villages steeped in history and interest. There's plenty to see and do but there's no escaping the sense of peace and fresh air. 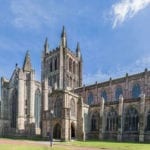