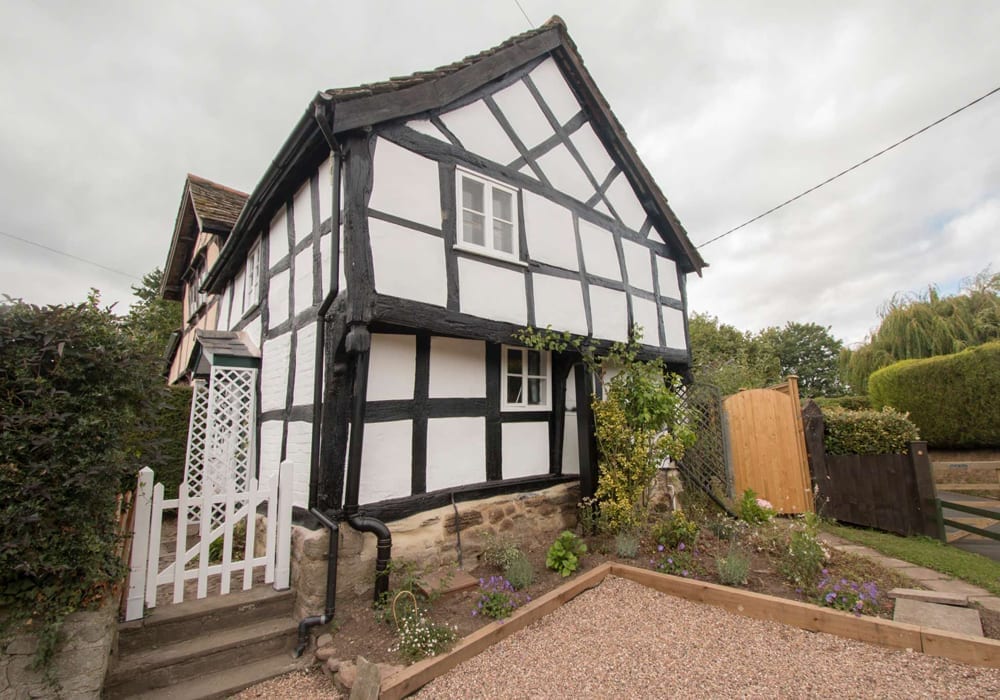 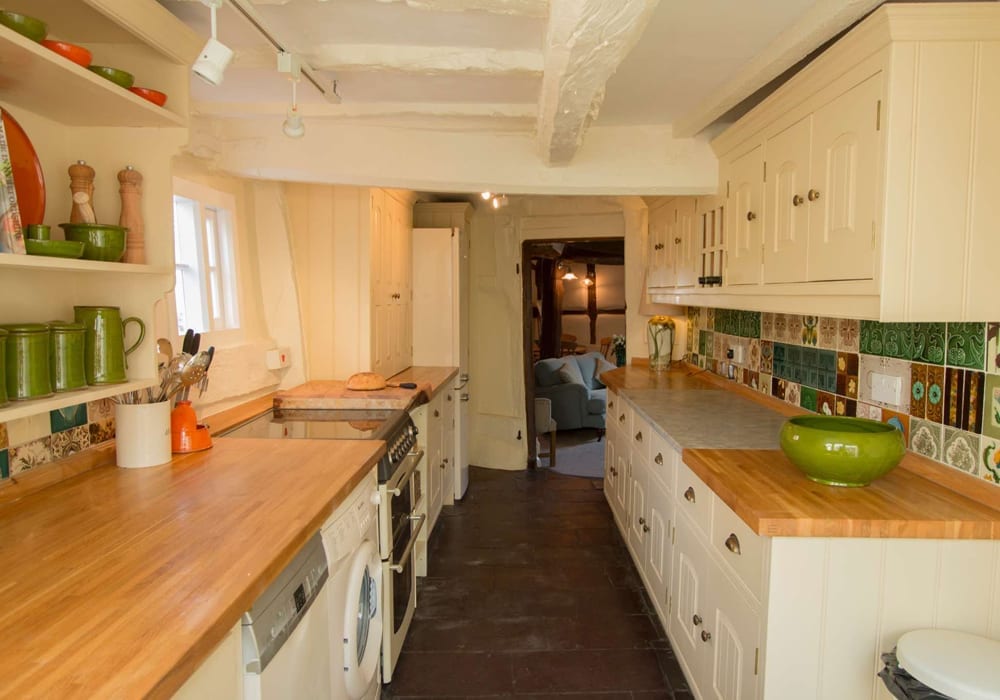 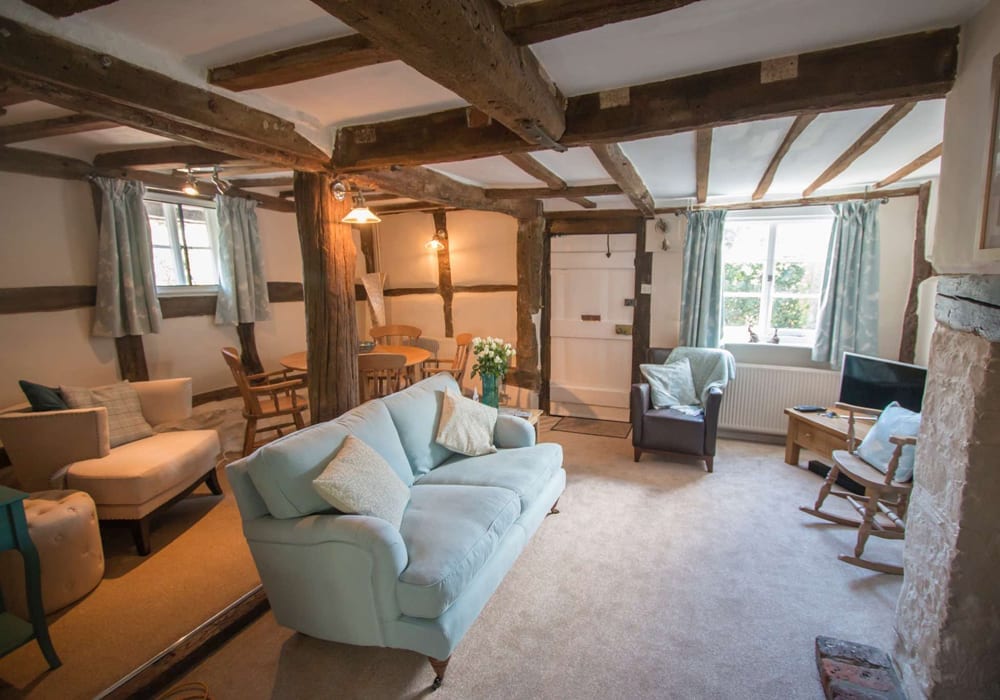 Cobblers Cottage offers self catering accommodation and is one of a rich array of timber framed houses in Pembridge.

Described as a ‘jewel in the crown’ of north Herefordshire’s black and white trail, Pembridge is one of Britain’s finest Mediaeval Boroughs and has been occupied since before the Magna Carta. The majority of the black and white houses date from the 15th and 16th centuries.

Mentioned in the Domesday Book, Pembridge reached its zenith as a busy market town during the mediaeval period, when it was renowned for its lively and undoubtedly profitable fairs. It was first granted a charter for a market and two fairs in 1239. Pembridge’s proximity to the Welsh Border meant that English wool merchants could come to meet with the Welsh sheep farmers to trade in relative safety – the early 16th century Market Hall still stands in the centre of the village. With the Acts of Union with Wales, during Henry VIII’s reign, and the subsequent tranquillity in the area, Pembridge soon declined as a trading centre.

The small village of Pembridge is the perfect rural base for exploring the surrounding areas of Herefordshire and Shropshire. It is a wonderful place for walkers and cyclists with Offa’s Dyke, Mortimer Forest, Hergest Ridge and the Long Mynd within easy reach. But there is plenty to see and do if you are not so athletically inclined – there are several National Trust properties nearby, lots of open gardens and many market towns to visit, including the renowned and beautiful Ludlow and Hay-on-Wye.

The owner’s father spent his formative years in Pembridge and remembers taking the family’s shoes to be repaired by the cobbler, Mr Emrys Vaughan who operated in a shed behind the house during the 1930/40s. We have therefore decided to call the cottage ‘Cobbler’s Cottage’. It has been lovingly restoring it to its former glory whilst making sure it functions for today’s modern living.

The cottage is full of medieval charm and cosiness – it is a typical example of a black and white cottage with beamed walls and ceilings which has been recently renovated and caters for 4 guests. It is set in an area of outstanding beauty with many walks on the doorstep.

Modern Pembridge boasts a wealth of cafes, pubs and a restaurant, together with a couple of small village shops to get the necessities, all are within easy walking distance of the cottage.

The cottage has off street parking for 2 cars.

Visit Leominster best known for its medieval black and white buildings and antique shops and sits halfway between Ludlow in Shropshire and Hereford at the heart of Herefordshire. There’s ample opportunity amongst the picturesque scenery for walkers to stretch their legs and cyclists to roll their wheels. There are plenty of B&Bs, guest houses, hotels and self catering accommodation. 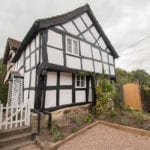 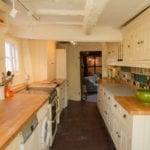 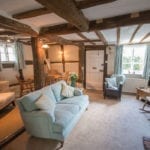