Steampunk is a welcoming, vibrant and growing culture in the UK, founded on the science fiction of the industrialised 19th Century. Light hearted and whimsical, it is about individual creativity and a re-imagination of our industrial past, with magnificent costume and intricate accessories. 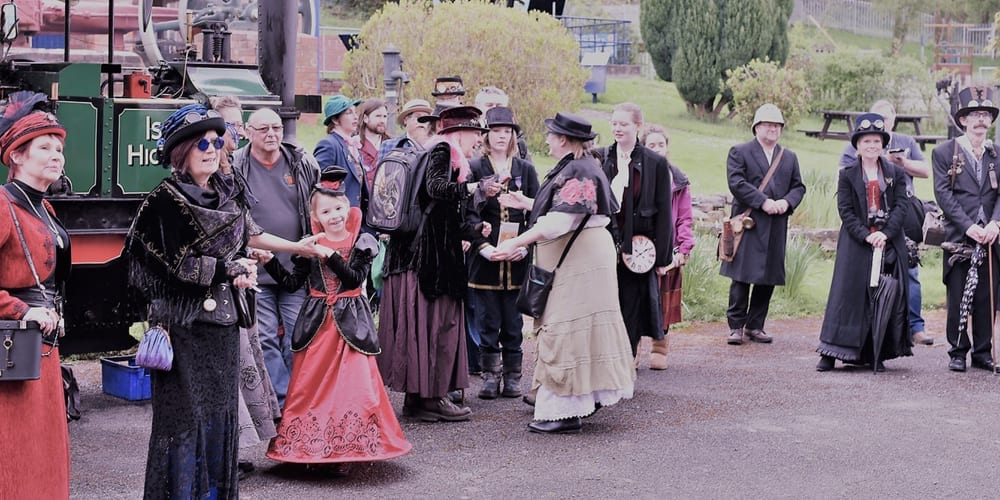 Steampunk fashion is vibrant and distinctive. There is no right or wrong way to dress, and you definitely do not have to dress up to enjoy a Steampunk event.

The fashion is basically inspired by the science fiction of the Victorian era with dapper gents wearing frock coats, waistcoats and bowler or top hats, and ladies in period skirts and corsets in flamboyant colours.

Many of the costumes that will be seen at the Museum will have been fashioned from up-cycled items found in charity shops – taking something from the past to create something modern and eye-catching. 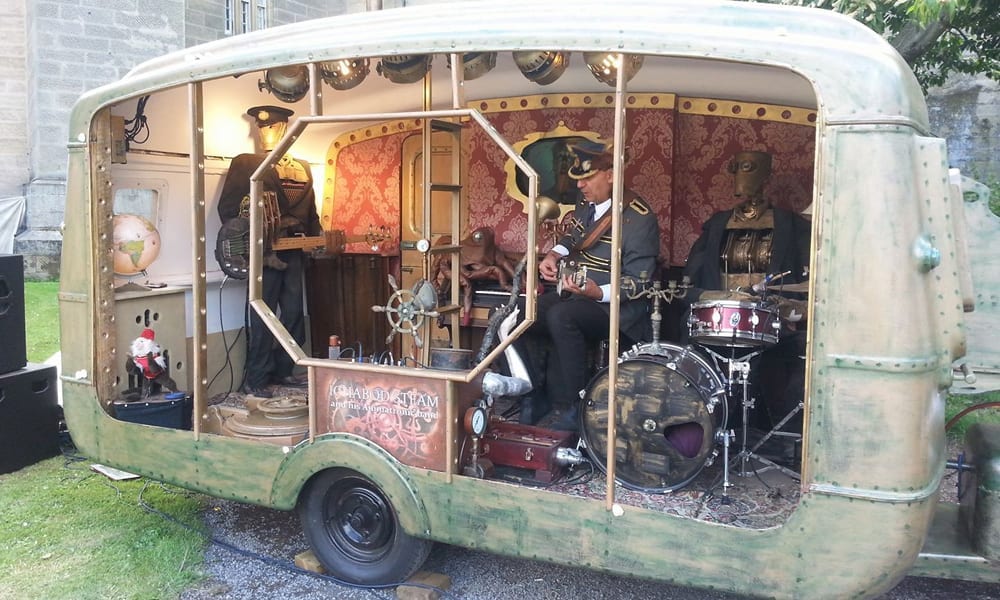 Steampunk music is a genre with a loosely defined sound, but can be described as “eclectic”. Common influences include gothic, industrial, synth-pop, dark wave, and new wave, but there are also hints of orchestral, ragtime, cabaret, Indian, gypsy, folk, and traditional klezmer music.

The most important aspect of steampunk music, and perhaps what gives it its label, are the stage shows; bands often mod their equipment to resemble Victorian and Neo-Victorian steampunk equivalents. The band members themselves don period costumes with steampunk accessories.

The instruments used by the performers, while sometimes consisting of the traditional guitar/keyboard/drums trio, is just as eclectic as the sound. Steampunk musicians will often play exotic or unusual instruments, including the cello, accordion, bagpipe, and balalaika. 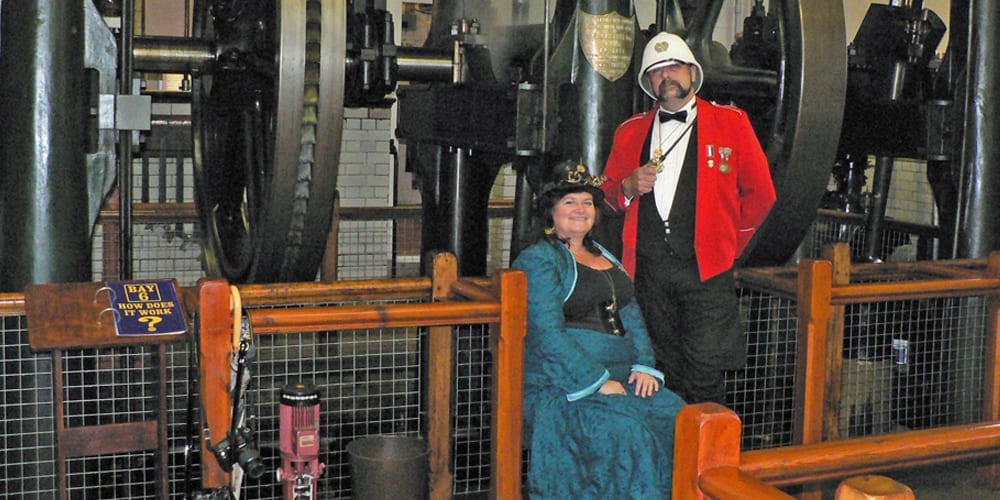 The Hereford Waterworks Museum is the place to find Steampunk every year in April. With all engines working ‘in-steam’, the industrial setting of Hereford’s Victorian Waterworks will provide an ideal setting for: stalls selling unique and mostly hand-made pieces of industrial art for the home and garden, Steampunk costume, Victorian period jewellery and collectables, and unusual confectionery and beverages.