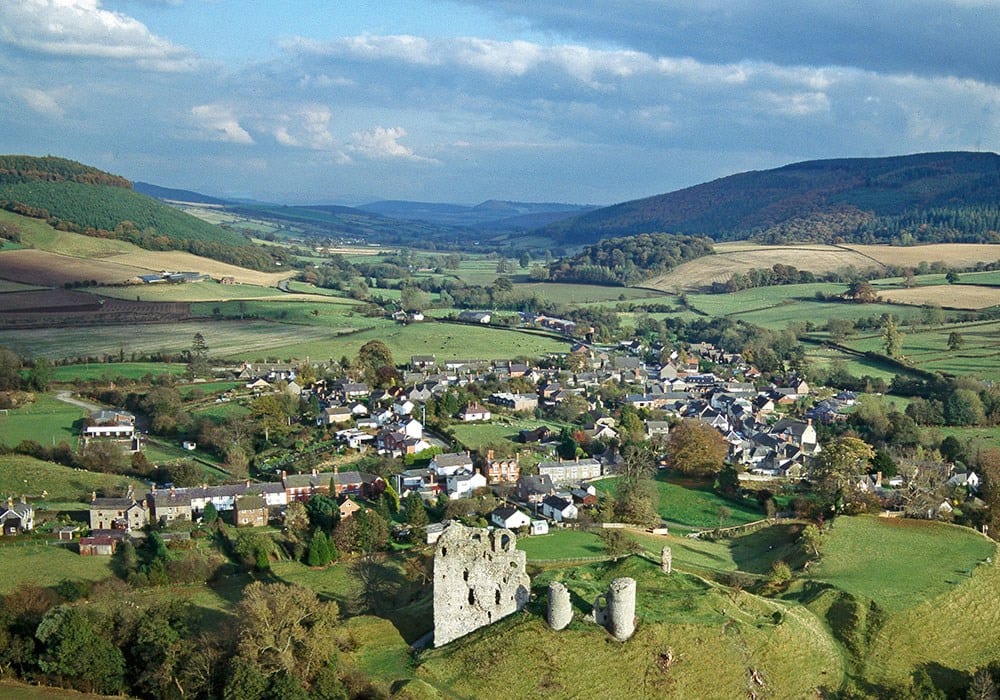 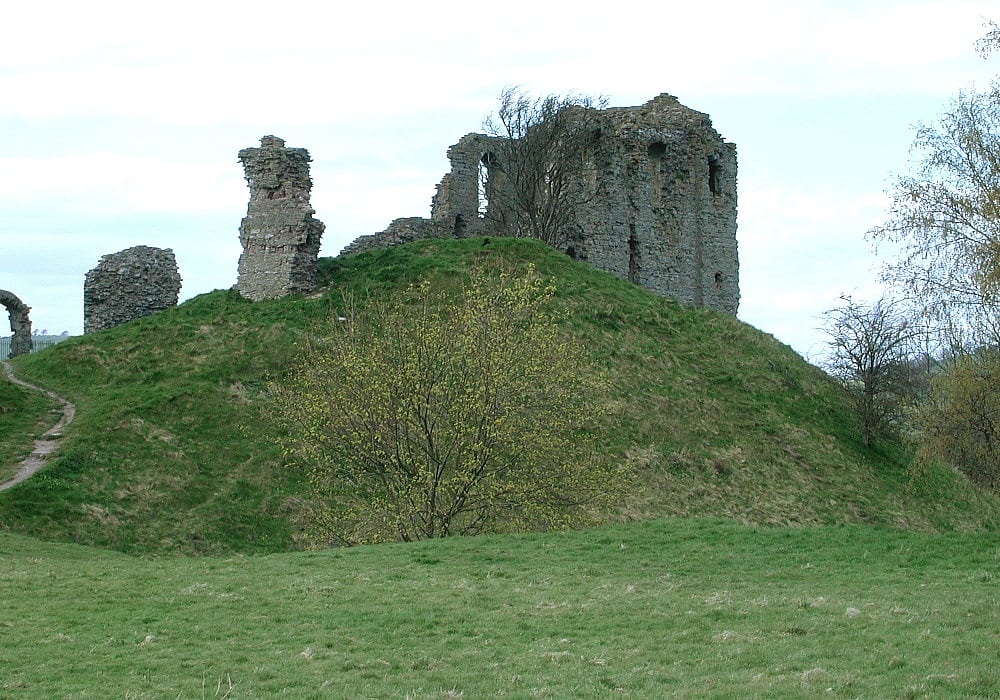 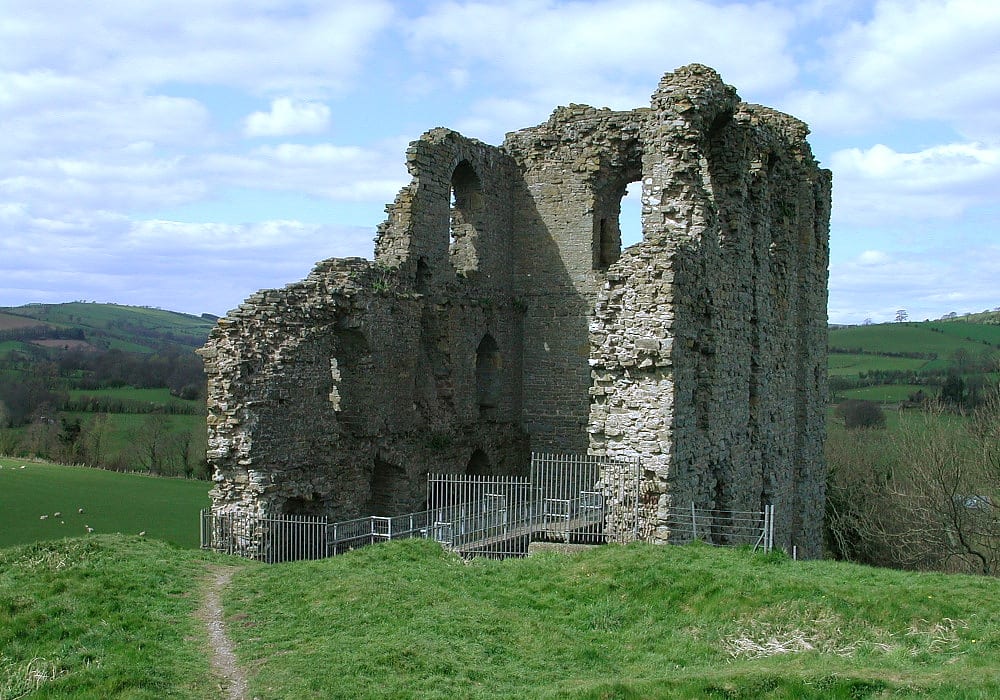 Clun Castle is a dramatic riverside ruins and extensive earthworks of this Welsh border castle sit high on a rocky mound on the edge of the small, picturesque town of the same name.

Unusually, the castle’s tall 13th century keep is set on the side of its mound.

Founded shortly after the Norman Conquest, the castle and nearby settlement prospered until the early 15th century, when followers of the Welsh chieftain Owain Glyn Dwr devastated the surrounding area.

The original motte-and-bailey castle here was built in the late 11th century. William the Conqueror (r.1066–87) granted lands to some of his followers to defend the Anglo-Welsh border, which remained unsettled for many years after the Conquest. These men became powerful marcher lords, ruling their lands independently of royal control.

It was probably Picot de Say, who had been granted the estates of Clun and Stokesay, who built Clun Castle, high on a natural spur guarding the Clun valley. The castle became the centre of a vast lordship known as the barony of Clun.

Access: The castle grounds have steep slopes and uneven ground, so we advise you to wear sturdy footwear. There is a footbridge with steps from the car park to the castle.

Parking: There is a free car park next to the castle. It is not suitable for coaches.