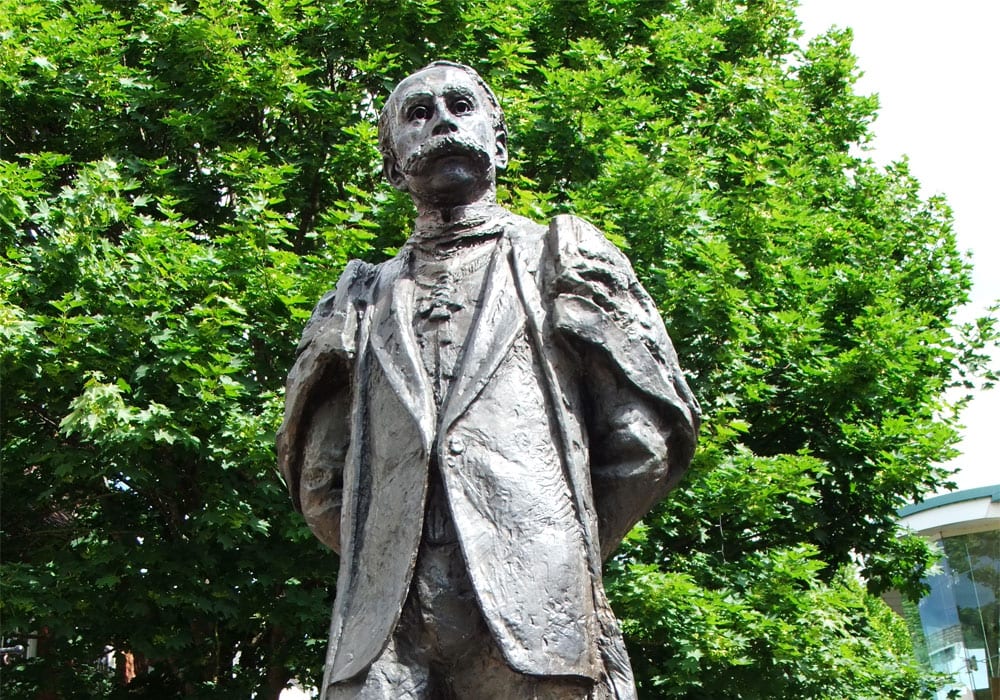 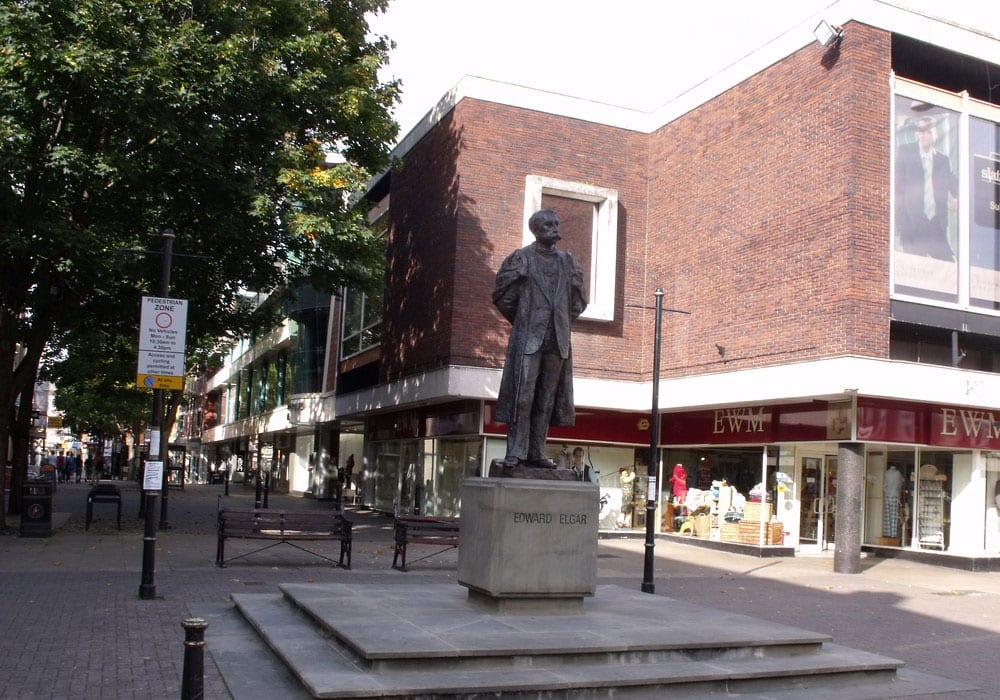 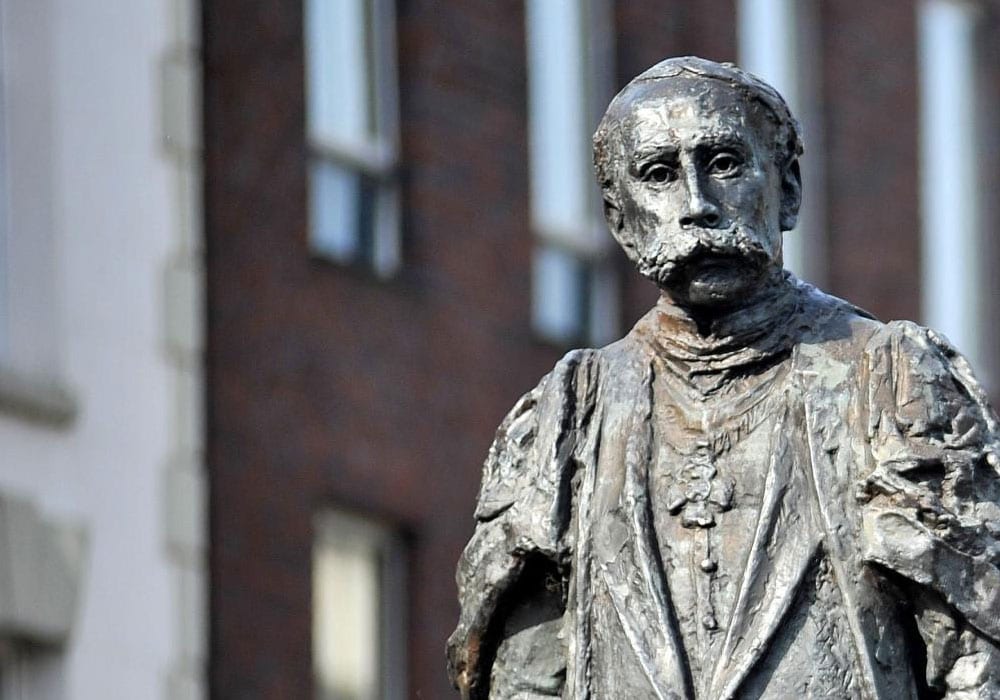 The Edward Elgar Statue is situated in the Cathedral Square district of the high street, the iconic Elgar Statue has historically been a local landmark for the masses, a meeting point and these days a selfie spot.

Sir Edward William Elgar, 1st Baronet OM, GCVO (2 June 1857 – 23 February 1934) was the son of a piano specialist and music shopkeeper. He left school at 16 and largely taught himself all the musical skills that would nurture his later spectacular compositions.

The statue was created by Kenneth Potts and was unveiled by HRH Prince of Wales on 2 June 1981.

Elgar, recognised as a musical genius, originally lived in Worcester and spent much of his time at his father’s music shop located a short distance away from where the statue stands today.

Some of Elgar’s most famous musical works include the Pomp and Circumstance Marches, the Enigma Variations, concertos for violin and cello, and symphonies One and Two.

Visit Worcester a beautiful Cathedral and University City with a fascinating history of industry, a wealth of interesting architecture, top class sports teams and venues, an unrivalled selection of high street names and independent boutiques and a vibrant programme of events.

An interesting and fun place to live and visit. Whether you are a first-time visitor or a local born and bred, you will discover plenty of things to do in Worcester.

Eat, sleep and visit this breath taking city with the best places to stay, eat and relax in. Find the best restaurants, sleep in the best hotels and bed and breakfasts, discover what’s on in Worcester.