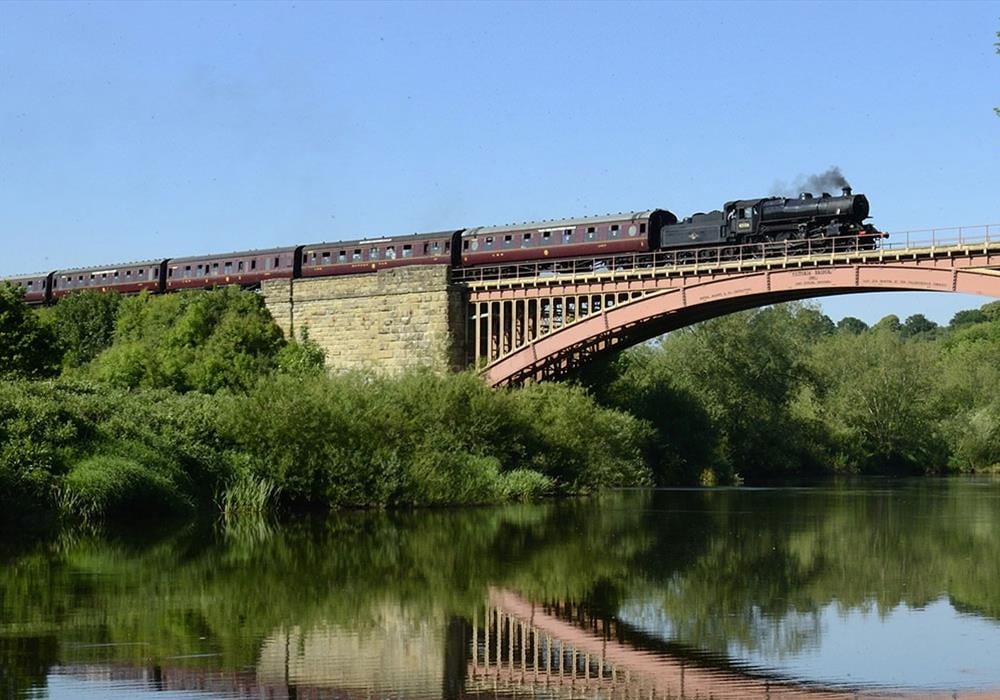 The Severn Valley Railway is a full-size standard-gauge railway line, running regular, mainly steam-hauled, passenger trains between Kidderminster in Worcestershire and Bridgnorth in Shropshire, a distance of approximately sixteen miles.

A remarkable feature of the Railway is that it is very largely run by unpaid volunteers, with a paid staff of around 70 people responsible for administration and commercial activities, plus regular track and rolling stock maintenance.

Through the year, volunteers appear on the Railway to perform many tasks, including repairing and repainting stations, reconstruction of viaducts and bridges, and rebuilding locomotives and rolling stock, not to mention operating the trains!

Visit Kidderminster the largest town in the Wyre Forest District, just 17 miles south west of Birmingham, with it’s many Victorian buildings, through which flows the River Stour and the Staffordshire and Worcestershire Canal, has plenty on offer visitors.

Boasting three shopping centres and a retail park, there are numerous pubs, restaurants and cafes to choose from and a twice weekly outdoor retail market.

X
X
X
We use cookies to ensure that we give you the best user experience on our platform. If you continue to use Guide2 we will assume that you are happy with our use of cookies.Accept