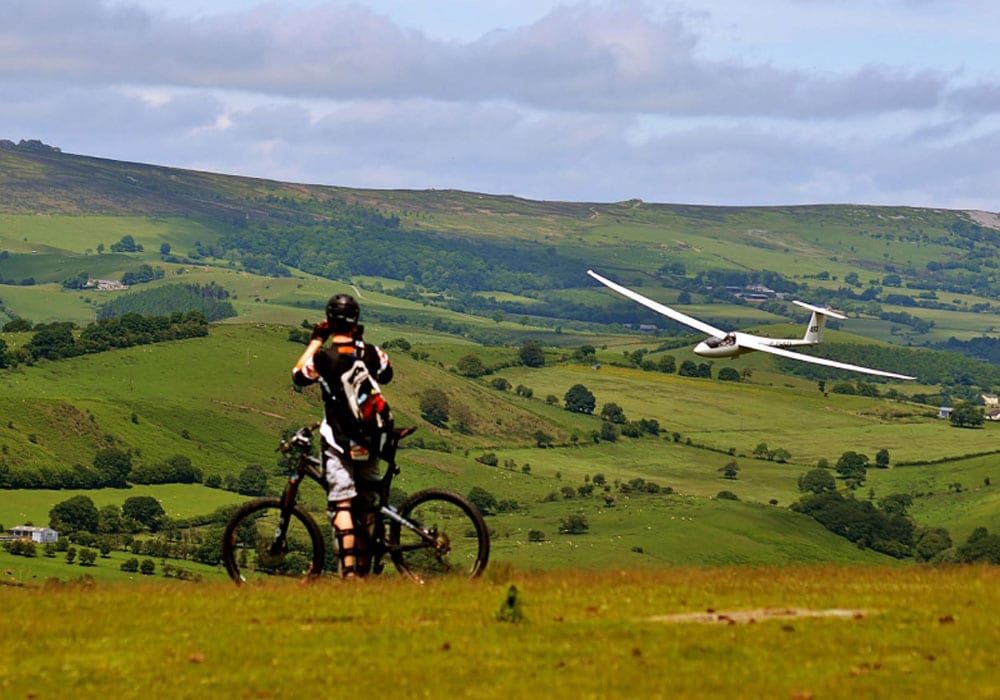 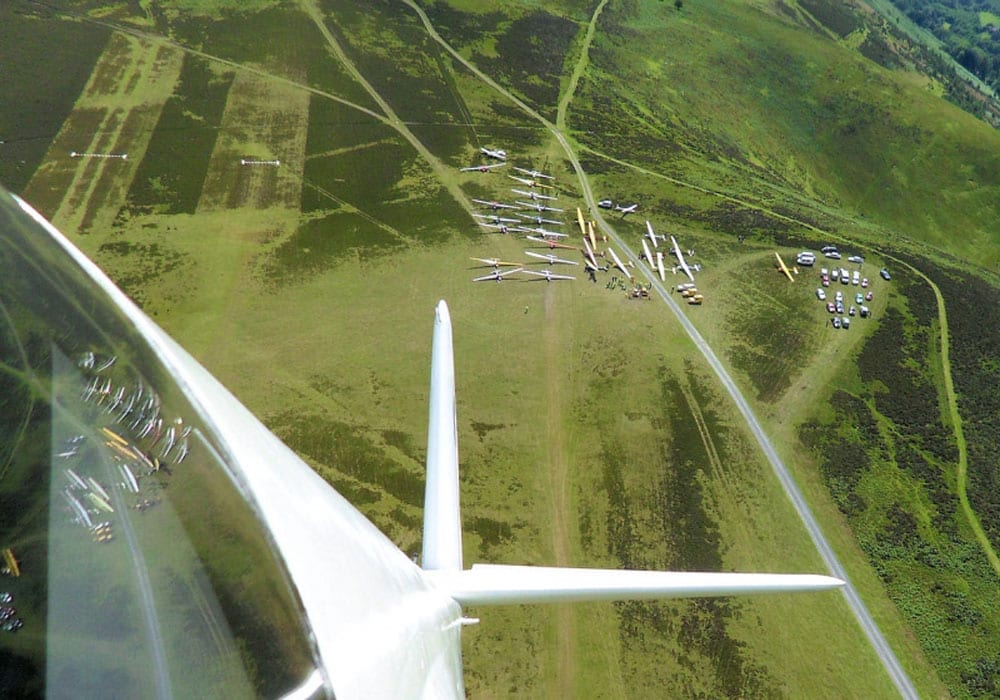 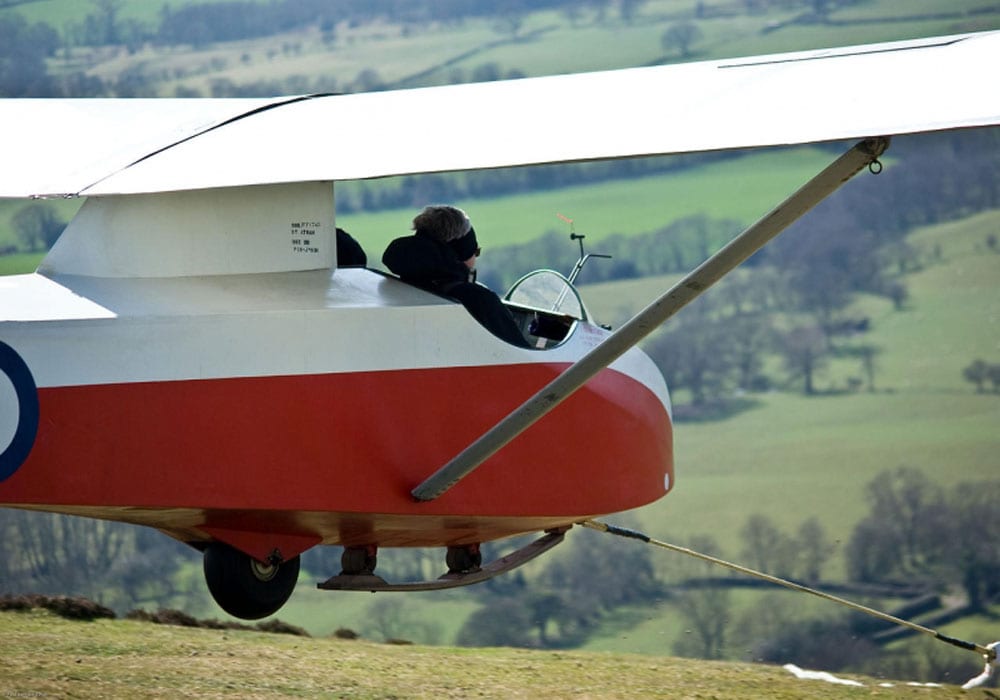 As one of the oldest clubs in the country, we are proud of our history of gliding on the Long Mynd at Midland Gliding Club.

Gliders started launching from the west facing ridge of the Long Mynd as early as 1930 and the Club was officially founded in 1934. Except for a short cessation of operations during the war, we have operated non-stop ever since. We have had some notable members including Amy Johnson (the pioneering female pilot), and the Prince of Siam.

With all-year-round operation, seven days a week, from March to November, we offer wave, thermal and ridge soaring for novice and experienced pilots. We run glider pilot training courses throughout the summer and welcome visiting expeditions. First Flight experiences (by prior arrangement) make fantastic presents, especially at Christmas.

You do not have to own a glider to fly at the Mynd. We own a comprehensive fleet of gliders and have the use of a privately owned motor glider.

Members pay a fixed annual “flying fee” that entitles them to fly any Club glider as much as they like, subject to aircraft being fairly shared between other Club and course members, with no additional hourly charges other than a launch fee.