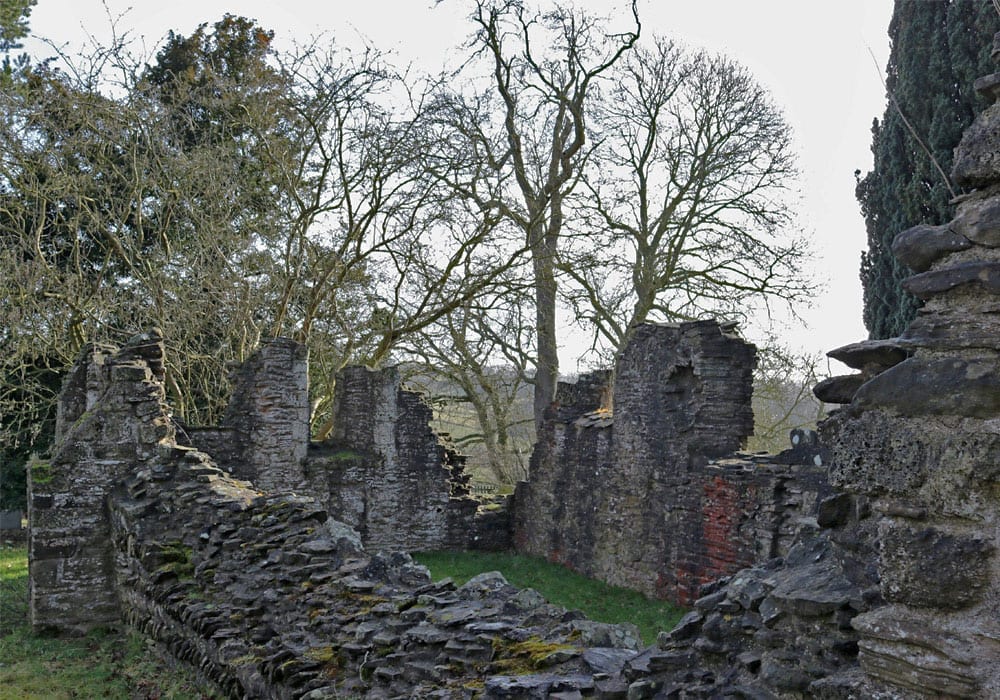 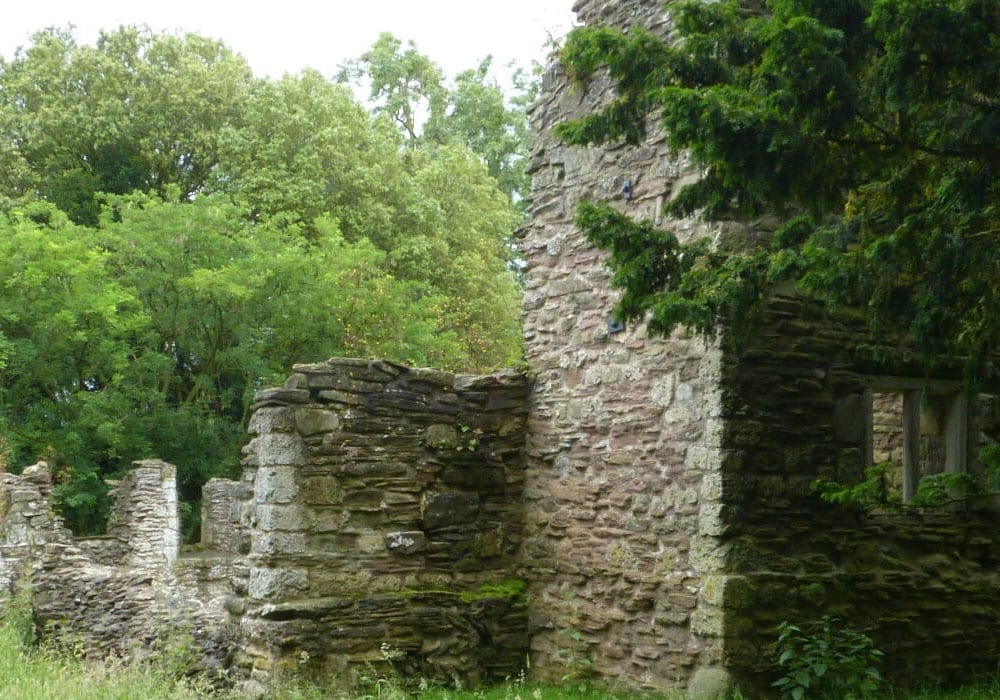 Edvin Loach Old Church are the ruins of a church built within the earthworks of a Norman motte and Bailey Castle.

The curious name of this place originates in the late 11th century, when the district of Yedeven was divided between the Loges and Ralph families, hence the present names of the parishes of Edvin Loach and Edvin Ralph. The ruined church, once dedicated to St Giles but later known as St Mary’s, probably dates back to this time.

A 16th century survey describes how the church ‘adioygneth here so neere an owld decayed fortification as they both seeme to possesse … antiquity and poverty’. In fact, the church lies within the bailey (the outer defended area) of a Norman motte-and-bailey castle: the motte – a large conical mound on which a timber fortification stood – can still be clearly seen.

The herringbone-pattern stonework on the north and south walls is a feature of early Norman churches in this part of England, as is the style of the simple south doorway.

In the 16th century, the church was apparently remodelled and the tower added. It continued in use until about 1860, when the new church (not in the care of English Heritage) was built. This is a small-scale but rather fine example of 19th-century church architecture designed in the Early English style by the great Victorian architect Sir George Gilbert Scott.

The old church gradually became dilapidated, though its roof was still intact as late as the 1890s. 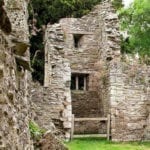 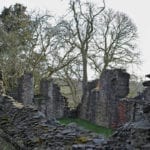 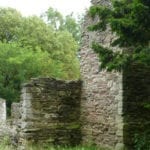