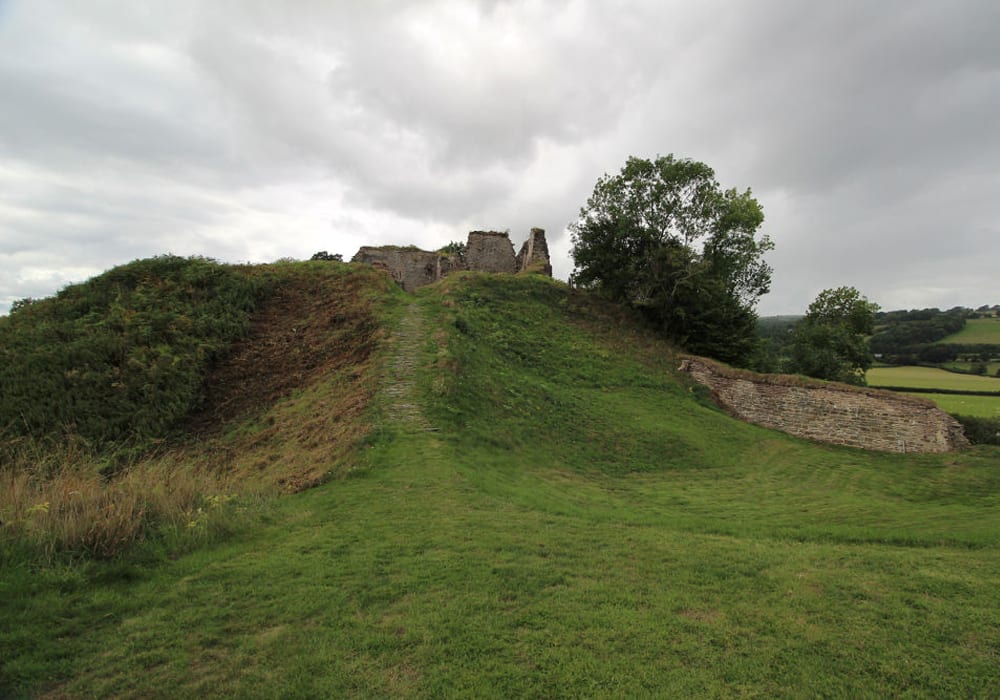 Clifford Castle is one of the earliest Marcher Castles, Clifford Castle guarded a key crossing point over the River Wye between England and Wales, 2 miles north east of Hay-on-Wye.

Primarily a military garrison from its construction at the end of the 11th Century, the castle fell into disrepair and ruin from the early 14th century.

The remaining ruins give a good idea of what the original structure would have looked like in its prime.

Working with Historic England, we are embarking upon a stabilisation program for the Castle. This will not be with the intention of restoring it to its former glory: Far from it, the aim is to prevent the ruins from crumbling entirely. The combined effect of age, ivy, the weather and gravity take a constant toll.